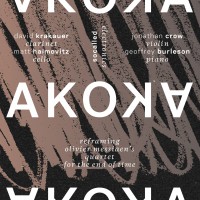 David Krakauer﻿ was just nominated for a 2015 Juno Award for his album Akoka, which reframes Olivier Messaien’s Quartet for the End of Time, along with renowned cellist Matt Haimovitz﻿. This nomination comes on the heels of a 2015 Grammy nomination for yet another album, Dreams & Prayers with the self conducted chamber orchestra A Far Cry﻿, where David performed as the featured soloist on Osvaldo Golijov﻿’s monumental masterpiece “The Dreams and Prayers of Isaac the Blind.”