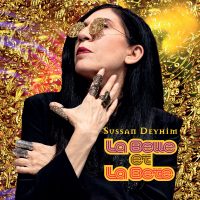 Sussan Deyhim announces new album La Belle et La Bête coming out February 21 through her own Venus Rising Records distributed by United For Opportunity. The album can be pre-saved here.

The first single, “Elaheye Naz / Angel of Grace,” is out now and can be found on digital outlets here.