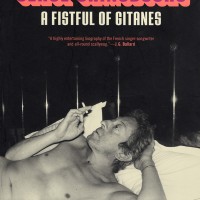 Simmons’s work will stand as the definitive take on a dizzying genius. This new edition includes an expanded discography.