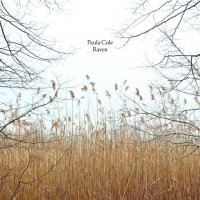 Twenty years after her debut album, singer and songwriter Paula Cole is looking forward while looking back. In the former instance, Raven is her first independently financed, produced, and released recording. She used a Kickstarter campaign to raise $50,000 and received $75,000, most of it in contributions of $25 at a time. She enlisted drummer Ben Wittman as a co-producer, and hired a stellar cast of players including guitarist Kevin Barry and bassist Tony Levin. Some of these tunes are older songs that never found a place in her earlier catalog and they complement the new material. The hindsight aspect of this 11- song set is in the clear references she makes in several of these songs to writers and singers who’ve influenced her. The first single, a tragic ballad called “Eloise,” was originally written for Solomon Burke, who never cut it. It feels like Emmylou Harris and Spyboy more than it does anything Cole has released before. “Strong Beautiful Woman” has echoes of Carole King and Paul Simon in both its lyric and melodic construction. “Imaginary Man” is a shimmering ballad that gives way and becomes a dramatic, arty rocker that recalls Kate Bush in its construction. In songs such as “Eloise,” “Billy Joe,” “Sorrow-On-The-Hudson,” and “Scream,” she enters storyteller mode expertly. The album closes with “Red Corsette.” Cole is introduced by a choir of humpback whales. She accompanies herself on piano and clarinet. It’s nakedly confessional and offers testimony to what she perceives as her purpose, reflecting strength, anger, defiance, acceptance, and vulnerability. Those who are used to the grand productions of her earliest records or Ithaca may be a little stunned at first in hearing her without all the artifice; further, some of these songs are unrefined, even a little clunky, but that’s fine; this is a collection of songs more than a formally conceived album. Ultimately, Raven is about discovery, mining creative terrain in a direct way: looking at a song, discerning what it needs, and laying it out there as authentically as possible. This is the record Cole finally had to make for herself, and as such, it will no doubt delight her fans, the ones who believed enough to concretely help her make it.