Grammy nominee David Krakauer, just back from the Grammys, shares his experience in 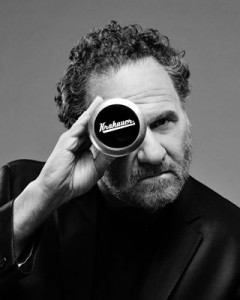 “I’ve always taken great pride in being fiercely independent, so when I found out about my Grammy nomination I was pleasantly surprised and of course deeply honored. As a nominee I found myself in the company of some of the most incredibly gifted people making music on the planet and it certainly felt great to be recognized by such a venerable institution in this way. But more importantly, the CD that brought me the nomination in the Best Chamber Music/Small Ensemble Performance category, “Dreams and Prayers,” represents a long journey for me. It began in 1996 when I recorded Osvaldo Golijov’s monumental composition “The Dreams and Prayers of Isaac the Blind” with the Kronos Quartet. Subsequently the piece was expanded into a version for string orchestra and clarinet, which I have had the opportunity to perform as soloist with orchestras around the world. The story continues when I was approached a couple of years ago by a group of young, idealistic musicians who had created an amazing conductor-less chamber orchestra called A Far Cry. They asked me to join them in making the first recording of the orchestral version of “Isaac the Blind” as part of a concept album for their brand new label Crier Records. Even though I didn’t know very much about the ensemble, I took a chance and agreed to join them in this venture. I’m so happy that I did. This is a project which I’m incredibly proud of.”